JAMMU, Feb 4:  Governor NN Vohra today approved newpolicy of "self attestation documents'' by the people includingyouths applying for Government jobs and all other purposes.Earlier, the people had to get the documents attested from theGazetted officers.Official sources said that the new policy on "self attestationdocuments'' was approved today.It may be mentioned here that Prime Minister Narendra Modisoon after taking over the reign of affairs had taken the major deci-sion in favour of unemployed youth and other people under whichthey could themselves attest and certify their documents for anypurpose. 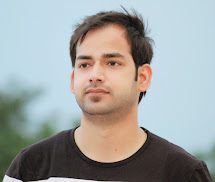