The Union Cabinet chaired by Prime Minister Shri Narendra Modi has approved creation of National Testing Agency (NTA) as a Society registered under the Indian Societies Registration Act, 1860, and as an autonomous and self-sustained premier testing organization to conduct entrance examinations for higher educational institutions.

Features:
·         The NTA would initially conduct those entrance examinations which are currently being conducted by the CBSE like NEET.
·         Other examinations will be taken up gradually after NTA is fully geared up.
·         The entrance examinations will be conducted in online mode at least twice a year, thereby giving adequate opportunity to candidates to bring out their best.
·         In order to serve the requirements of the rural students, it would locate the centres at sub-district/district level and as far as possible would undertake hands-on training to the students.

Finances:
NTA will be given a one-time grant of Rs.25 crore from the Government of India to start its operation in the first year. Thereafter, it will be financially self-sustainable.
Impact:
Establishment of NTA will benefit about 40 lakh students appearing in various entrance examinations. It will relieve CBSE, AICTE and other agencies from responsibility of conducting these entrance examinations, and also bring in high reliability, standardized difficulty level for assessing the aptitude, intelligence and problem solving abilities of the students.

In view of the need to have a specialized body in India like the most advanced countries, the Finance Minister in the Budget speech of 2017-18 had announced setting up of a National Testing Agency (NTA) as an autonomous and self-sustained premier testing organization to conduct all entrance examinations for higher educational institutions. 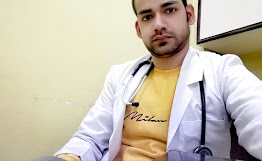